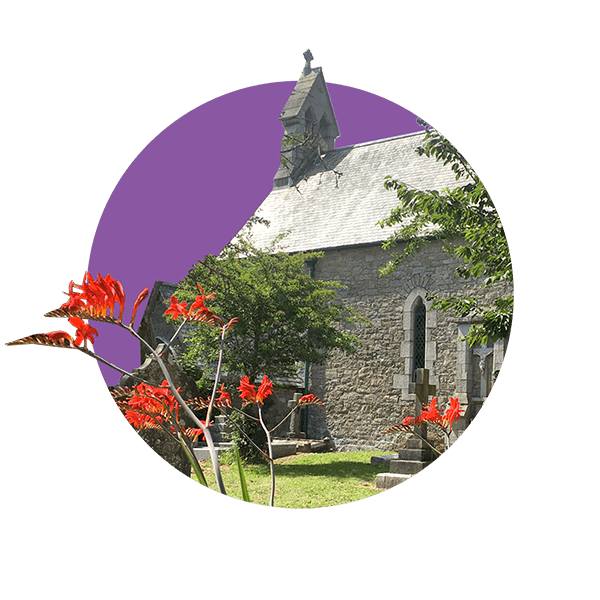 A small inscription on the wall of the church interior, close to the pulpit states, “The ecclesiastical district of Penponds was formed out of the parish of Camborne by an Order of Council at the Court of Windsor, December 19th 1846. This Church of the Holy Trinity was consecrated by Henry, Lord Bishop of Exeter, on the 15th May 1854”.

So began the history of Penponds Parish Church, one of the most beautiful Churches in Cornwall and yet relatively young in years. As Sir John Betjeman wrote, it is “a complete period piece of the high Church good taste”.

The first Vicar was William Wright Butlin (1814-1902), and he held office for 50 years from 1846-1896. He was followed by Canon James Sims Carah, Vicar from 1896 to 1935. He began the process of the enrichment of the building as we know it today. During the course of the next 40 years the Church, which consisted of nave, chancel, north aisle and vestry and which was very barely furnished with deal pews, was transformed with the introduction of carving, gilding, marble and many elegant fittings. All this under the inspiration of the Canon Carah, who was a great antiquarian and a leading figure in the Old Cornwall Movement. Some £3000 was spent between 1896 and 1935, a huge sum by the reckoning of those days. Some items were even brought over from the continent.

One of the final schemes started by the Canon was the provision of a magnificent series of carved bench ends in the main body of the Church. These are an outstanding example which imitates the 15th century Cornish works. many are dedicated to the memory of notable people, including the famous Richard Trevithick, who lived in the village of Penponds. 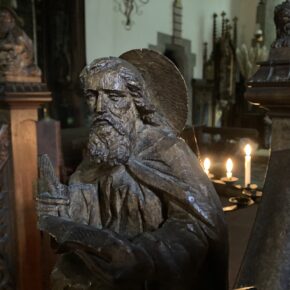 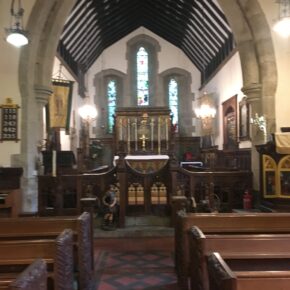 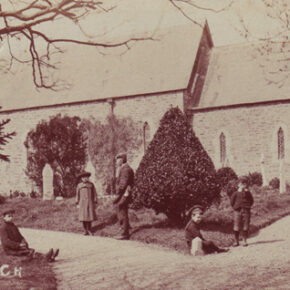 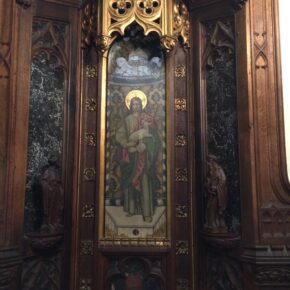 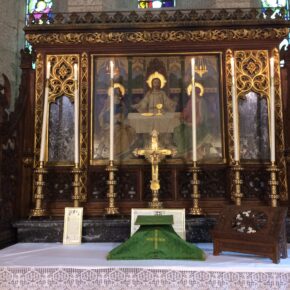