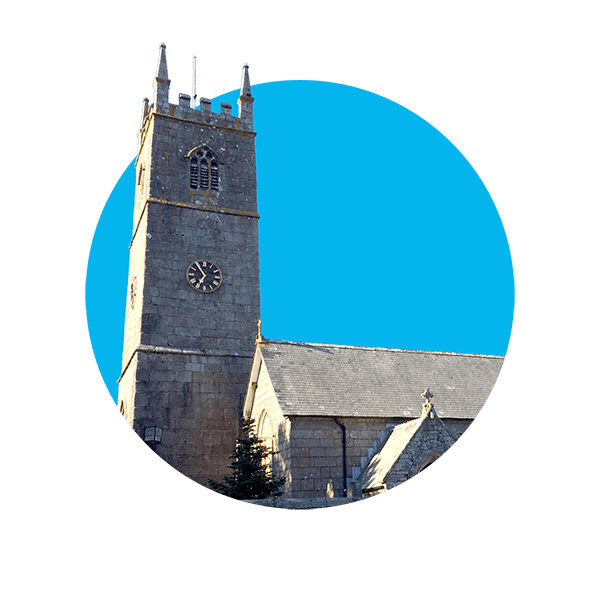 Saint Crewenna is a little known Irish saint who is thought to have accompanied Saint Germoe and St Breaca on their mission from Ireland to Cornwall in the 6th Century. The church is 15th century, with parts dating to 11th century, but was restored by the St Aubyn family in 1872.

Leland, who visited Breage nearby, in 1538, wrote: “Breaca came to Cornwall (from Ireland) accompanied by many saints, among whom were Sinninus the Abbot, who was at Rome with Patrick, Maruanus the Monk, Germmochus the king, Elwen, Crewenna and Hellena.” Crewenna’s Feast Day is teh Sunday nearest Candlemas, around 2nd February, and is still the highlight of the church calendar. There is evidence to show that in mediaeval times the parish centred around a chapel descended from foundations of the very active St Euny. who has the same Feast Day.

The church is relatively large owing to the fact that it was enlarged to accommodate the increase in population brought about by the influx of miners during the 18th & 19th centuries. The population of the parish swelled to 4000 until the decline in mining prompted many families to move to Australia and America.

The St. Aubyn family then resided at the nearby Clowance country estate, a wooded area. Sir John St Aubyn, 3rd baronet, instigated a tree planting scheme at the beginning of 18th century. Many of the St Aubyn family are memorialised in the church. Clowance is now a thriving timeshare holiday business.

Mostly recently the bells and the clock have been restored and there is a scheme underway to restore the stained glass windows to their former glory. Marcus and Susan Roberts write a blog on the history of the windows. 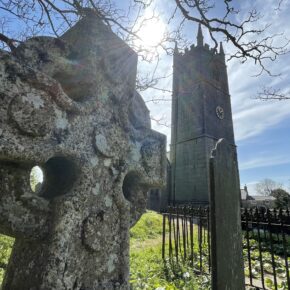 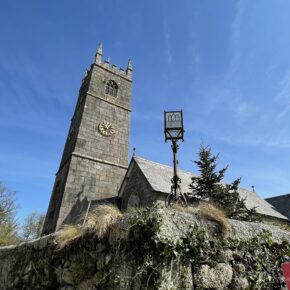 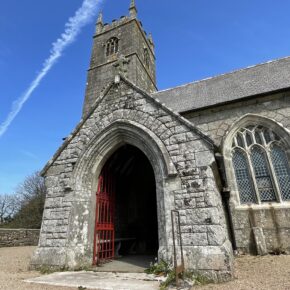 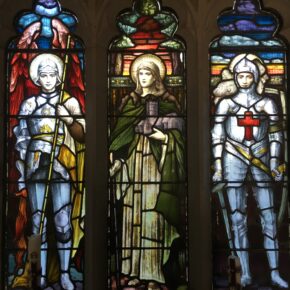 The Churchyard around the church is full but not closed; there is a new churchyard coterminous with the west side of the old, but separated from it by a wall. It attracts visitors from across the world who can trace their roots to the local mining families of the area. It is full of wildlife and artistic Celtic style monuments.